End the Reign of Tyranny 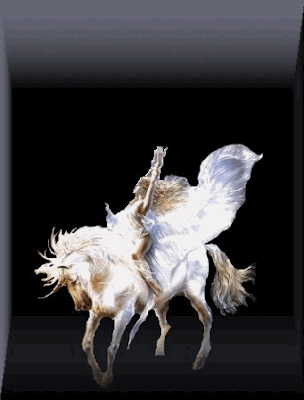 Upon observing staunch Feminists,
their behavior is typically rude,
obnoxious,
dominant
& controlling.
There are other aspects to their personalities which are quick to notice.
They simply deny basic freedom of speech to men.
This was evident in the talk-show arena, back in the 1970's.
Typically, they would tell one side of the story,
without allowing alternative viewpoint.
Basically, the entire audience was female,
along with guest who all shared a singular viewpoint.
Plus, these television programs would repeat themselves,
over and over again.
SO, the same Woman's Talk Shows would continue abusing men,
year after year.


2) And, if a man was ever unlucky enough to begin debating against her,
she would simply walk-all-over-him.
And, after enduring such abuse,
the public becomes fearful to engage in any further confrontations.


3) Another aspect to Feminism is the redundancy.
And, although I disagree with their reasoning,
such matters are completely irrelevant.
Each time they raise an issue,
it's then repeated until their echoes reverberate inside your head.
The correct term for this would be "brain washing".


4) They also create mandates, which everyone is required to follow.
For example: a group of students are attending a high school dance.
Yet, before doing so,
the administration forces them to attend a class which supposedly educates us regarding dating violence.
The Feminists would just assume force everyone to comply with every possible mandate they could impose upon you.


5) Feminists are simplistic, and downright vague.
And they're constantly using basic themes which define their correctness.
Let's suppose, various issues are presented before her, such as
parenting,
sexuality,
dating,
literature,
finances,
& what-have-you.

And, all throughout this discussion,
she'll keeps talking about "equality between the sexes".
And, each subject would be defined as a struggle for women.
Why do they keep repeating this same simplistic dogma down my throat?
The reason is because,
it's an effective tool for maintaining her control over the debate.
As stated in chapter 5,
society basically defines her as the protagonist.

6) Men rarely retaliate against women.
But, he's still labeled as
misogynists,
chauvinists,
sexist,
and what-have-you.
In other words, the Feminists are very heavy into the name calling routine.
This can be witnessed on Internet forums.
If a man even tries to say a few brief words,
he's immediately branded as a chauvinist pig.


7) rather than speaking in a rational tone,
they instead behave like a ritualistic Cult.
During the 1970's,
it was nearly impossible to carry a discussion with a Feminist.
Mainly because, they begin chanting together.
This is primarily evident at N.O.W. rallies.

8) Feminists are always swaying off-topic.
For example: there's a rally for reproductive freedoms.
And, Women's groups are typically displaying banners which promote themselves. And, during the demonstration,
most speeches have little to do with the initial subject.

8b) Feminists steer into whichever direction they've elected upon.
So, for example, there could be a debate regarding issues,
such as,
parenting,
media bias,
Angelic Figurines,
Doll houses,
or, anything else you can name.

And, a Feminist will then suddenly begin discussing the topic of "Female Oppression".
So, in other words, she constantly decides to change the subject.

9)In many cases, there's no debate whatsoever.
Her views are freely being spoken, unchallenged by men.
yet, Feminists still accuse him of displaying 'male dominance'.
Even though, she's clearly trying to establish control.

9b) many cases would be considered 'psychological games'.
She's trying to talk circles around me.

10) They always formulate large groups.
And, we're forced to confront these overwhelming circumstances.

11) In a general sense,
Feminists are very abusive when debating against someone.
For example:
I have personal experiences where a Feminazi began insulting my usage of pronunciations, adverbs, and other grammatical issues.
It's got nothing to do with anything.
Whereas, a man wouldn't waste his time discussing such irrelevant,
immaterial factors.


13) They're obsessive, and relentless.


14) Feminists spread their dogma, wherever they go.
For example: when people first began using the internet,
every homepage had a special section dedicated exclusively for women.
SO, When folks entered the YAHOO mainpage,
there was a main area for WOMEN.
And, when YOUTUBE first became popular,
the Feminists immediately began using it to promote themselves.

14b) In fact, everything has been completely saturated with Feminism.
Sadly, this is the main reason why so many people accept her validity.
In other words, while children grow up, they're surrounded by Feminism.


15) Feminists use artwork & imagery to get their point across.
SO, for example, I saw an article regarding "violence against women".
And, the mainpage featured a "GIF Image"
which displayed a dozen continuous lights.
....dazzling & flashing before our eyes.

16) They target the young audience.
Some fathers have encountered Feminists who try lecturing his daughter,
at a public area.

Also, MTV and Nickelodeon Television has been tarnished by such propaganda.


17) She's generally in a position above the law.
They are held accountable for nothing.
And they're given the option to take things to extremes.


18) Feminists are often quite dishonest.
And, even though she's always trying to hurt men,
she still uses dogma promoting 'equality'.
And, she continuously mistreats men,
while maintaining the status quo.

19) She has the right to discard all rules.
For example: many ladies claim to outsmart men.
SO, if she's able to win a divorce settlement,
this somehow proves that she's smarter than me.
And, Feminists always support such themes.

20) they often trick people into reading their literature.
SO, you could be searching for any unrelated topic...
and, the word Feminism always seems to appear.

21) Manipulation:
If you visit Feminists sites on YOUTUBE.
OR, any blog written by a feminist.
You'll see many positive responses from the general public.
But, in truth, many are members within the group.
And, they are PRETENDING to be ordinary people.
(This represents the most extreme example of Stalinism).

22) Everything weighs heavy, with political fervor.
In other words: Feminists always turn everything into an inflated issue.
So, for example:
Supposing, There's a left-winged discussion regarding 'human sexuality'.
Suddenly, the conversation will develop into an anthem for 'Woman's Rights'.

23) When debates arise amongst peers,
we're always forced to give partial agreement.
SO, even if there are no Feminists present,
the boy still feels intimidated into submission.
This rule applies, if any debate occurs between male & female.
Thus, despite being a '1 on 1' conversation,
without the presence of supporters,
the effect usually remains typical.
The female is given the final say.
In any case, he's willing compromise his position.

23b) Upon observing men who are staunchly opposed to Feminist Tyranny.
They're usually reluctant to directly challenge.
(It's almost as if, he's displaying chivalry toward her.
Thus, instead of speaking against those tyrants.
He's likely to back down, to some degree.
There's less decisive approach,
by saying, "some Feminists are okay".
some might argue, he's expected to be a total wimp.
It leads to wonder why he's ever labeled 'chauvinistic'.
Men are expected to give extra respect for women.


24) Feminists prey into everyone's private affairs.
they always tell you what-to-do,
how-to-think,
and, how to live your life.

24b) they always have excuses for dictating orders.
They create legal mandates which govern our lives.
(and, if they could,
they would strengthen their control, without limitation.)

24c) but, regardless of their goals,
they'll always give a solid foundation which justifies their actions.
Numerous lectures are given,
as well as,
their infiltration of our educational system.
But, in every case, there's always a supposed reason.
(Never wrong)

25) Feminists perform their own studies,
which produce their own desired statistics.


25b) the studies, sometimes contradict one another.


25c) the results are usually outlandish.


25d)Feminist Groups are often the source of this entire "research".
Yet, they rarely acknowledge the truth.


25e) their studies are always incomplete.
Plus, they have a narrow objective.
And, a limited involvement.


25f) Most importantly,
the results often coincide with a previously arranged campaign.


25g) Their findings are never challenged.
or, re-examined by an independent researcher.
The media also accepts their findings blindly.
And, the event is quickly promoted by journalists everywhere.
This encourages Feminists to become more aggressive.


25e) Women's Groups always try to support their opinions with indisputable statistics, as well as, the use of bullying tactics.

26) The feminists are a mere social group, who yield political power.
So, they're exert a great deal of legal force.

27) Since no one ever disputes Feminists,
they're only encouraged to get worse.

28) They will try abusing men to the highest extremes.


29) Womanists are melodramatic.
They analyze the smallest details, and interpret them,
as though it's some sort of tragedy.

30) They're One-track Minded.
We're already aware, Activists focus solely on the woman.
But here, in chapter 30:
it should be mentioned: Basically,They do little else.

A Femme literally
eats,
sleeps,
and breathes her affiliation.

Let's suppose, your aunt was a member of N.O.W., or any similar group.
If she attended a Causual family gathering,
her time would surely be spent imposing Feminism onto others.
Thus, it would be highly unlikely to meet an Activist,
without expecting their forced lectures.

31) In conclusion:
She believes that women should have all the rights.
And, naturally, men shouldn't have any rights what-so-ever.
Plus, she still wants to maintain every conflicting argument imaginable.

Please refer to chapters 1 thru 19.
As well as, reading the website of Men's Rights: Social Awareness.
She wants privilege & equality,
and all the dogma, that comes with it.
It's more abuse than he could possibly take.

Posted by WWW.mensrightsmovement.net at 2:55 PM

anonymous contributors can say whatever they want, as many times as they wish. And, without moderation.
That's a promise.

Feminism is sexism plus false victim syndrome/entitlement disorder. They are a sick cult of bigotry. And I don't like it when sites split off and separate various branches by gender. For example, Geekosystem and I think Mediate both have "sister" sites, one is called "The Mary Sue" and the other is I think "The Mary Jane" supposedly to attract more female geeks or politics/news enthusiasts. I never go to those sites. There was nothing the matter with the original sites, and IMO it was not necessary to make special sites just for girl netizens, especially when the demographics for those sites already had a common interest.